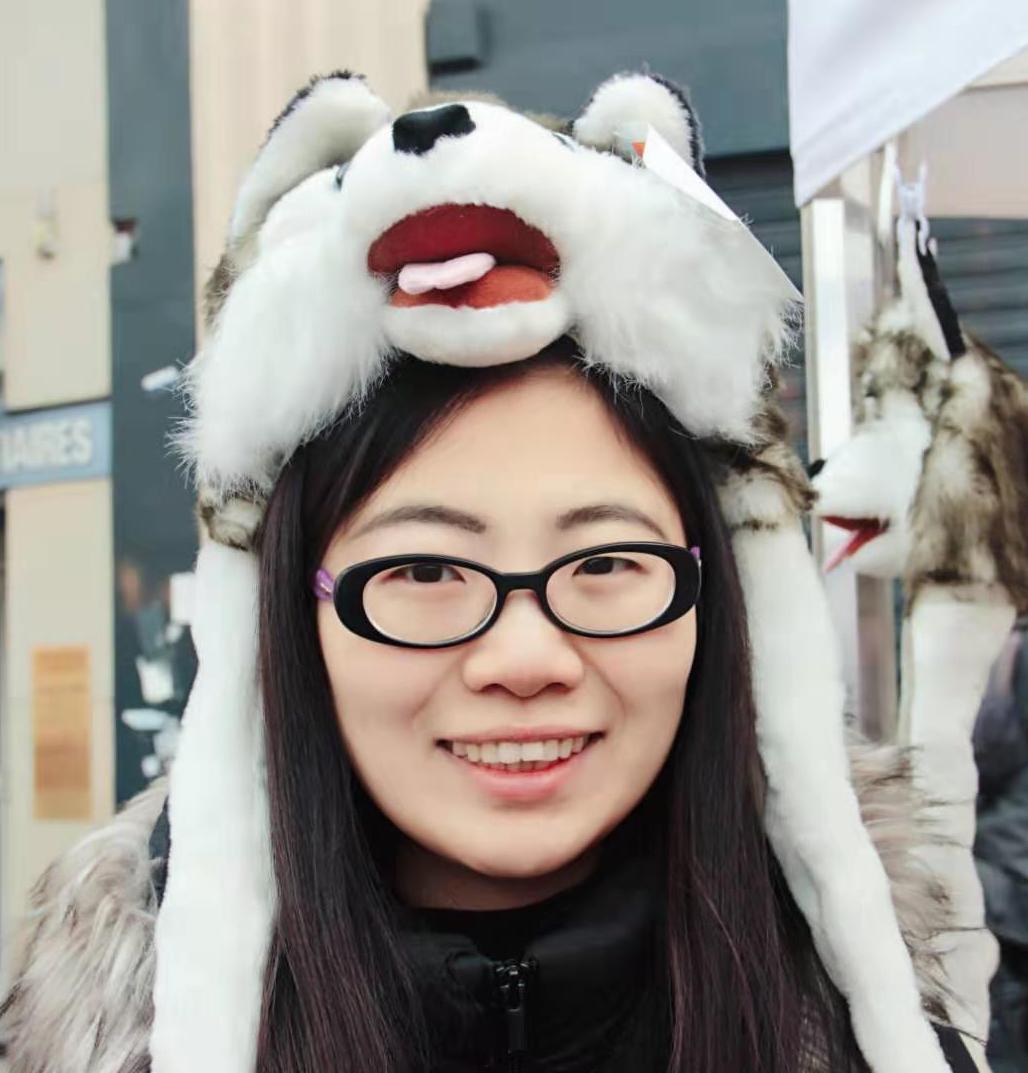 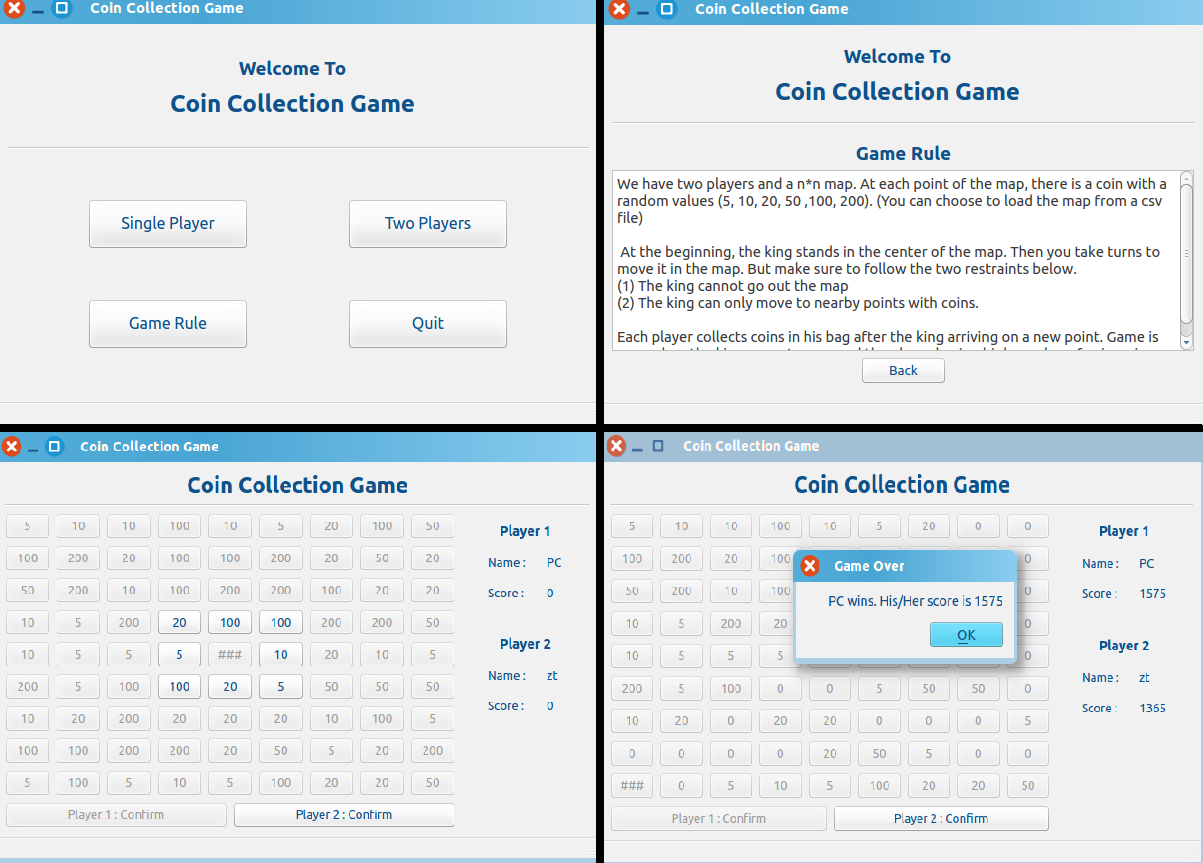 This is a simple game of Python.

The game is played on a grid whose cells contain a character and coins of various values (5, 10, 20, 50, 100, and 200). The grid height and width are equal, with an odd number of columns / rows. The character is initially placed on the central cell, and all the other cells contain a coin with a random value.

The two players play in turn to move the king of the map. The current player chooses a direction to move king to one cell(horizontally, vertically, or diagonally), provided that the destination is in the grid and contains a coin. The coin is taken by the player as the result of the move. If the king has no possible move, the game ends and the winner is the player whose coins sum to the greatest amount.

Find out more by visiting the project on GitHub.